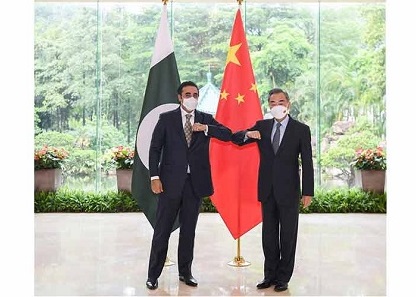 Given its deep economic turmoil, it is important for Islamabad to further strengthen its relations with Beijing

Ever since the establishment of diplomatic ties in 1951, Pakistan and China have enjoyed a close and mutually beneficial relationship. Pakistan was one of the first countries to recognise the People’s Republic in 1950. It remained Beijing’s unwavering ally during China’s years of international isolation in the 1960s and early 1970s. China has long provided Pakistan with military and economic support as well as nuclear technology and equipment for power generation.

The relationship between the all-weather friends took a new turn when China announced infrastructure investment worth billions of dollars in Pakistan around the China-Pakistan Economic Corridor (CPEC), a flagship project under its Belt and Road Initiative (BRI) in 2015. The work on the Corridor initiative has helped Pakistan overcome crippling power shortages and build critical social and economic infrastructure across the country.

Over the last four years, however, there has been a notable slowdown in progress on projects related to the CPEC initiative. One of the major reasons for the slowdown in the momentum on CPEC-related projects was the political changes in Pakistan.

Former prime minister Imran Khan and his Pakistan Tehreek-i-Insaf (PTI) had always had reservations about the utility of the corridor project for Pakistan and associated the initiative with the rival Pakistan Muslim League-Nawaz. So, when the PTI came into power it halted work on several projects for a fresh review of its benefits for Pakistan. At that time, several PTI ministers issued public statements about alleged corruption in the CPEC projects and overpricing of the power generation schemes by the Chinese firms. This created an element of mistrust between the two sides. Unfortunately, the PTI government was unable to engage Beijing to remove this mistrust. By the time the PTI had realised the need for closely working with China and the significance of the CPEC for Pakistan’s economy, much harm had been done.

Then, Pakistan’s fiscal and balance of payments problems too caused delays in payments to the Chinese power companies. Likewise, the procedural hitches also impeded progress on the CPEC projects already agreed upon or undertaken. Pakistan’s economic and political risk also increased sensitivity among the Chinese banks and companies, which grew quite reluctant to finance the projects.

The outbreak of the Covid-19 that led to a global shutdown didn’t help either. These factors led to the suspension of several projects including the ML-1 and Karachi Circular Railway (KCR). Work on several other schemes, including the Gwadar International Airport and Gwadar coal power plant was delayed.

However, the situation is changing. I have noticed the old warmth in the bilateral relations returning in the recent months even though it will take some time before the CPEC regains its lost momentum. The government led by Prime Minister Shahbaz Sharif is now engaging the Chinese authorities. He has spoken with top Chinese leaders and is personally striving to remove the problems and issues facing Chinese investors in Pakistan. He is also working to resolve the issue of payments to Chinese independent power producers and to find a long-term solution. He has been to Gwadar twice to support the CPEC and the Chinese companies working in Pakistan. There is however, still a lot of scepticism in Pakistan on account of the experience of the last few years.

The recent scepticism about the bilateral ties between Islamabad and Beijing doesn’t originate only from a deceleration in progress on the CPEC-related economic cooperation. As someone who has been visiting, living and working in China since 1976, let me share with readers that I have found discussions on Pakistan-China relationships evoke varying reactions in different settings.

A strong relationship is much more important for Pakistan than for China. We must fight false propaganda being spread to sour people-to-people relations. Pakistan is already the largest recipient across the world of Chinese grants and assistance.

The West views the relationship as based on “expediency and geopolitical considerations”. But this assessment is far from being accurate. When we describe our relationship with China as “higher than the mountains, deeper than oceans and sweeter than honey”, we are not merely reiterating rhetoric. These phrases actually convey the depth and substance of the bilateral ties. No relationship between two nations can thrive if it is driven only by rhetoric.

Some local think tanks too view Pakistan’s relationship with China through the Western perspective. Hence, we saw a lot of hullabaloo over Pakistan’s exclusion from the recent Global Development Initiative (GDI) dialogue organised around the BRICS (Brazil, Russia, India, China and South Africa) conference in Beijing. Many have criticised China for not inviting Pakistan to attend this dialogue without realising that Pakistan’s participation was blocked by India.

The Chinese authorities have informed our Foreign Office about it. Pakistan is an important member of the Friends of the Global Development Initiative group and China attaches great importance to Pakistan’s important role in promoting global development, promoting the implementation of the United Nation’s 2030 Agenda for Sustainable Development and regional cooperation. The recent Islamabad visit of a high-ranking Chinese politician and Politburo member, Yang Jiechi, is an indicator of the old warmth between the two nations.

Yang is considered a personal representative of President Xi Jinping due to his position in the Chinese hierarchy. He is the first such high-ranking Chinese official after the foreign minister to undertake a foreign visit since the outbreak of the Covid pandemic and the consequent lockdown in China. That he chose Pakistan as his first destination testifies to the importance the Chinese authorities attach to Pakistan. It reflects China’s support for Pakistan and is a manifestation that Islamabad remains an important ally of Beijing.

I have also seen some Pakistanis succumb to the Western propaganda of inhuman treatment meted out by the Chinese authorities to the Muslim minority living in the Xinjiang Uygur autonomous region. I have been reading a lot of negative stories in the Western media about Xinjiang. These are then repeated by news organisations in other countries without verifying the facts. Most of the commentators look at Xinjiang through the eyes of the Western media outlets.

Some people in the media and think tanks in Pakistan have also been influenced by these reports and have been making comments without any research or making any effort to verify the facts. Most of these commentators have never visited China, let alone Xinjiang.

I’ve been visiting Urumqi, and other parts of the region since 1984. I have found Muslims enjoying complete religious and other freedoms. Their children are free to seek religious education at mosque schools. During my visits there I have seen visible advance in infrastructure development, including new and wider roads, improved street lights, airports, hotels, buildings and shopping malls. The number of vehicles on the roads has been increasing, too. Many people are dressing in fashionable clothes. Shopping malls, restaurants and hotels are crowded, a clear sign of growing prosperity.

I have always found mosques open. The number of students at the schools attached with select mosques has been either the same or increasing. Moreover, students are regularly sent to Saudi Arabia, Egypt, Pakistan and Qatar for religious studies. I have also had the opportunity of visiting Kashghar, Shihezi, Turphan and Karamay. There is evidence of development and economic prosperity everywhere. The rail and road network is as good as in any other part of China. The number of vehicles on the expressways is impressive.

During the years the number of flights from Urumqi, Kashghar and other cities in the autonomous region has increased substantially. This shows enhanced connectivity not only with other parts of China but also to foreign countries. The number of small-and medium-sized private businesses is growing and a new cohort of private entrepreneurs is emerging not only in big cities but also in small towns.

I have met a number of Uygur students at Shanghai and Beijing. They were studying at best schools and universities under a special programme to uplift the minorities. Local governments were subsidising the expenses.

There are miscreants in every society and nationality and China is no exception. Anyone disturbing law and order and harmony in the society or is engaged in criminal activities is dealt with according to the law.

Pakistanis must understand that a strong bilateral relationship is much more important for Islamabad than for Beijing. We must fight false propaganda being spread to sour people-to-people relationship. Pakistan is already the largest recipient across the world of Chinese grants and assistance. China has developed the Gwadar deep seaport at a cost of $198 million – its own money. It is establishing an international airport in Gwadar at a cost of $250 million besides undertaking several socioeconomic projects across the country. Progress on the CPEC will help China send the message across the world that the BRI is good for developing countries. Pakistan is the primary beneficiary of the Corridor project.

That China has always stood by Pakistan through thick and thin despite terrorist attacks on and killings of its nationals working here shows its deep commitment to our people. Given its deep economic turmoil, it is important that Pakistan should strengthen its relations with Beijing. 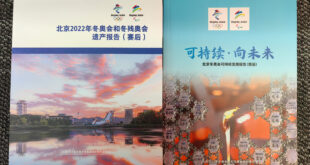